The camera that's been filming the falcon's nest in detail, has been connected to the internet since Tuesday 3 April. The next day, 6420 connections had taken place! The transmission system is complex, and an entire team is responsible for broadcasting the images of the falcons directly and in high definition from Brussels to every corner of the world.

The camera that's positioned at least a meter from the nest (outside of the tower) is connected to two servers located in the bell tower. These devices transform the analog footage into electronic signals and then send them from Brussels via a 5 gigahertz WIFI-connection to an antenna on the Hilton tower, one of the highest points in the city. The broadcasting and receiving antenna have to be aligned perfectly. The date is then transferred to a network of optic fibers and to the internet.

Why two servers? The first one assures the connection to the software used to control the camera and record and transmit the footage. It sends data but also receives them. The second server makes the live streaming possible. The information this server transmits, go only in one direction: directly to a processing center in the Netherlands. This data stream "weighs" between 10 and 15 Megabytes, which assures a high quality. The footage are therefore compressed a little bit so that the transmission to your computer is without problems. At the same time another system makes sure that thousands of visitors can access the footage without overloading the system. That's necessary to make sure everyone enjoys their visit! 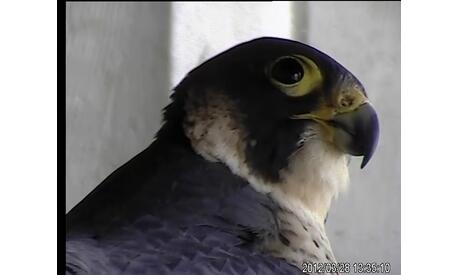 The female is weary, she heard a noise. 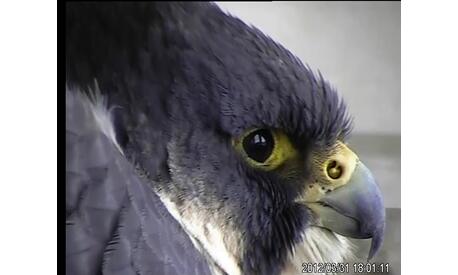 But she calms down quickly.
View the photos in large format
Top