The latest news from the Peregrine couples in Brussels

Mid-May, the Peregrine Falcons' nesting season is in full swing. This spring, surveys and other follow-ups were somehow hampered due to the COVID-19 pandemic. The information below is therefore not as complete as in previous years.

The new couple who settled in 2019 at Solbosch, at the top of the historic building of the Free University of Brussels, l'Université Libre, are raising 3 falcon chicks, 2 males and 1 female. The parents are the same as those of 2019. He was born in the Notre Dame Church in Laeken in spring 2015. She was born in 2014, not far from Maastricht, in the Netherlands (distance = 103 km). The installation of a camera at this site next spring is currently under discussion!

At the Saint Antoine church in Etterbeek, the couple raise 4 falcons: 2 males and 2 females. The father was born in the cathedral of Saints Michael and Gudula in 2014, the mother is not ringed, so we do not know her pedigree.

It is the same female that nests since the initial in 2015 on the pinnacle of the town hall of Schaerbeek. She was born on the Plate Taille dam tower, which overlooks the Eau d'Heure Lakes, in Hainaut (distance = 74km). Her partner is ringed, but her ring code has not yet been deciphered. They have 3 chicks, 1 male and 2 females. One egg did not hatch.

In 2019, none of the 4 eggs laid at the top of the emblematic RTBF / VRT tower on boulevard Reyers did hatch. Success in 2020 with 3 falcons, all males! One egg did not hatch. It was analyzed, showing the chick died about 2/3 of incubation. The father was born in Saint Hubert church in Watermael-Boitsfort in spring 2014, the mother in Notre Dame church in Laeken in spring 2015. During the ringing, she intervened to protect her falcons. Unprecedented behavior in 25 years of follow-up! It is not uncommon for a female Peregrine to attack when one approaches her chicks in order to ring them. But then, she stays at a distance, sometimes only a few meters, yelling violently. Here, the female came and returned, landing 50 cm apart and each time between humans and falcon chicks. But without shouting or attacking. Amazing birds!

At the Saint Hubert church in Watermael-Boitsfort, the same couple as in 2019 nests ... at the same spot, so an inaccessible ridge. The exact number of chicks is not yet known. According to the latest news, there were at least 3. The father was born in the cathedral of Saints Michael and Gudula in 2011. The mother is German. She was born in 2014 in Wezel, west of the Ruhr (distance = 188 km).

The events at Notre Dame de Laeken church were discussed in a previous blog, as well as the situation observed in the belfry of the Town Hall of Saint Gilles.

Despite several observation sessions at Helmet Church in Schaerbeek, no presence of the Peregrines could be confirmed. However, residents say they have heard  Peregrines. Therefore, hope is not  yet lost. It was at Helmet Church that, last spring, the Peregrine father and mother were found dead next to their two chicks. These were saved by placing them for adoption in the nests of Woluwe-Saint-Pierre and the Saint Hubert church of Watermael-Boitsfort (see here: link to http://www.falconsforeveryone.be/blog/drama-at-the-church-of-helmet-the-sequel-happy?lang=en and http://www.falconsforeveryone.be/blog/proof-by-picture?lang=en

Four observation sessions took place at the IT tower located at the end of Avenue Louise, at the entrance to Bois de la Cambre. No Peregrines were observed on these occasions.

The sites of the Saint Guidon collegiate church in Anderlecht and the Basilica of the Sacred Heart in Koekelberg have not yet been visited. It will be for the next few days!

Video 1: The three chicks from the Free University of Brussels back in their nest (video DV)

Video 2: The 3 chicks of the Reyers tower (video DV) 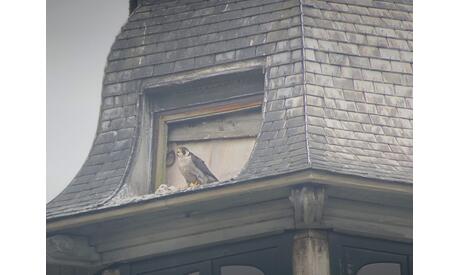 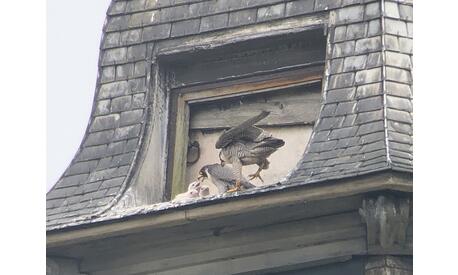 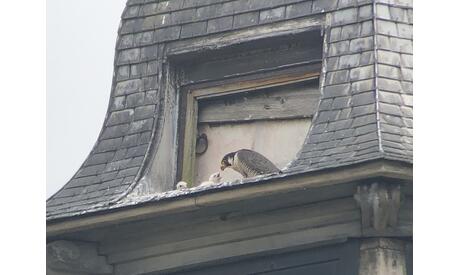 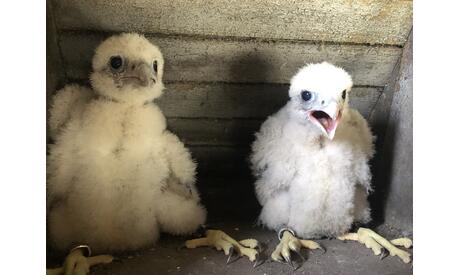 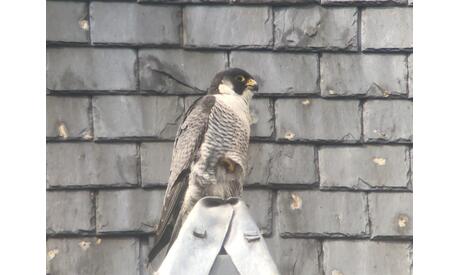 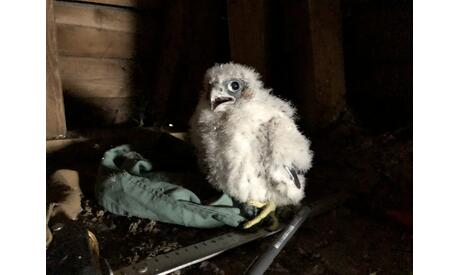 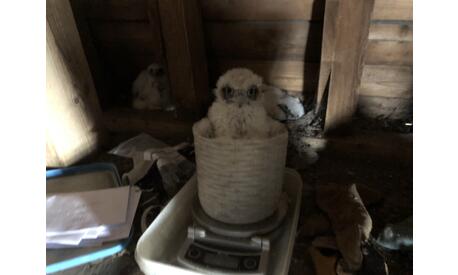 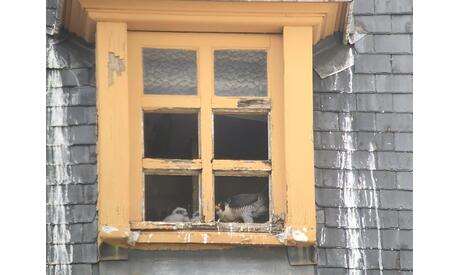 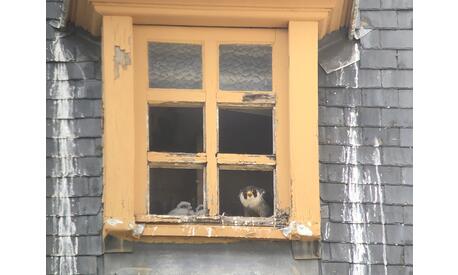 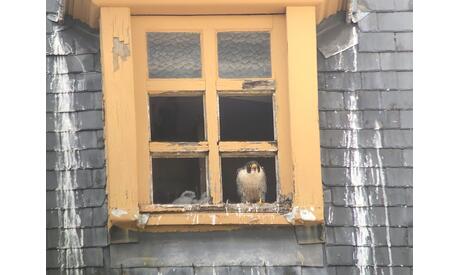 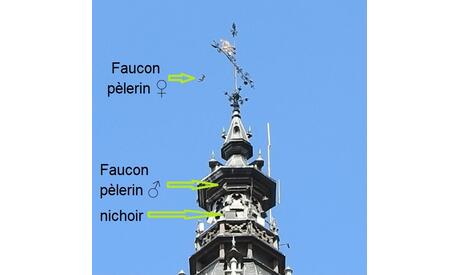 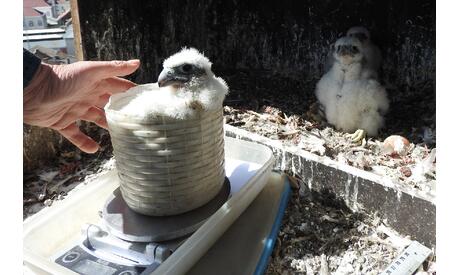 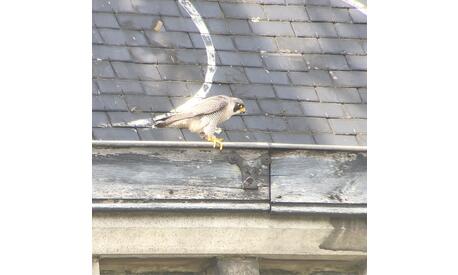 The male from Saint Hubert church in Watermael-Boitsfort (photo DV) 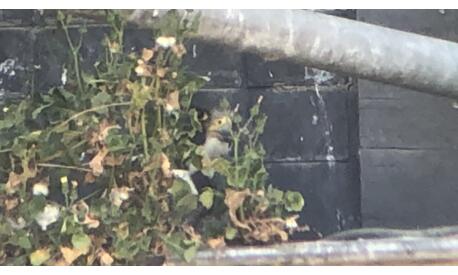 Where am I? The female of the Saint Hubert church of Watermael-Boitsfort brooding on a ridge (photo DV) 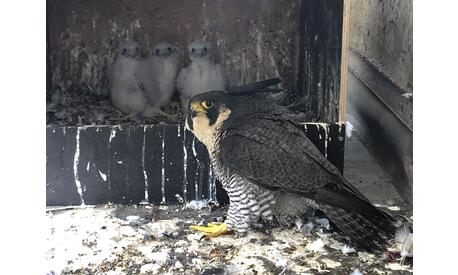